Hello! Not much has happened in the past month.

I had the most stupidest thing happen to me. I had a Windows update corrupt my install. Did I have a choice? No, it just automatically installed itself and next thing I know, the thing's bootlooping. I tried every option in the recovery menu and it would not fix itself. In the end, I gave up and decided to reinstall Windows.

Thankfully, no data corruption of any kind happened on either of my drives. I decided to keep the hard drive with my old install untouched and buy new 2TB hard drives. I ordered overnight shipping and they arrived as soon as I woke up the next day. The install went alright. I thought I had issues when it started to crash instantly on boot right after installation, but it was because I had fast boot enabled on my BIOS. Aside from that and the annoying reminder to use a Microsoft account, it went fine.

I hate how I have to reinstall all my programs... but it was probably time for a refresh anyways. Windows updates were long plauging my install, I think I previously wrote about how an update ruined my audio drivers.

As usual, time for a Round1 update. I went there twice since the last post. My first time was to mostly get caught up with beatmania IIDX since BISTROVER's time was slowly coming to an end. I tried out clearing 1st Dan again and I won by a scratch! 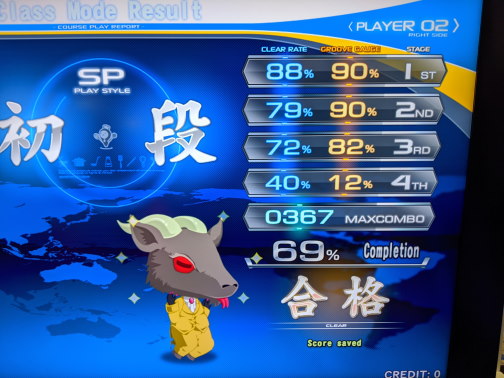 I went again around the time CastHour was to release, but the machines at my Round1 didn't update. In that same day, I managed to get my first Bistro Landing extra stage. I unlocked Tiempo Loco's normal chart. It's a shame that I wasn't able to play CastHour when it arrived.

Later that day, I figured I would spend my leftover MOG and tickets since Qpro data would transfer to CastHour. I didn't want anything from the Qpro catalog, so I went to the gacha. I got a new head part and two new hair parts.

From that point on, I would only wait until I had time to go play CastHour. 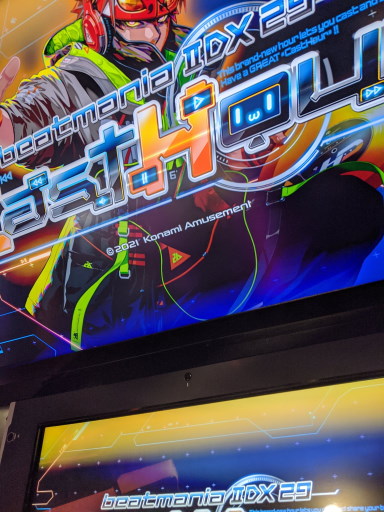 I only had time to play one entire set and I took it!! 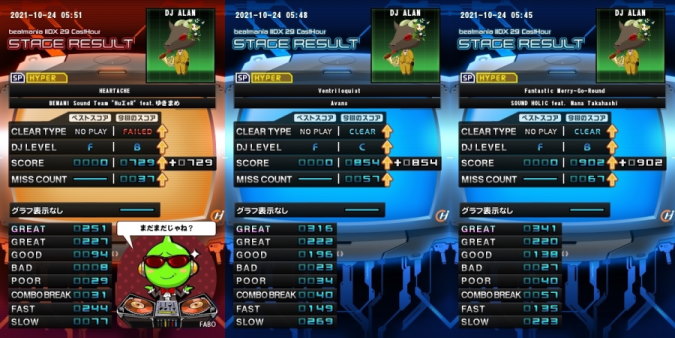 The new Multi Spin Scratch screwed me over. I'm still trying to find an efficient play style and I don't know how to deal with the keys and long scratch notes at the same time. That's my excuse for failing Heartache. I haven't played WORLD TOURISM because it wasn't avaliable, but I don't like the music you unlock from it, so whatever.

Since I'm an American player, that's really all that's new in this version. It's strange how the theme is video streaming, yet the recording function is locked out of American cabinets. I want to show everyone that I can pass level 8 songs while everyone else is probably playing level 10 songs. I don't feel like bothering Round1 staff and trying to figure out what equipment to use. I'm far from a decent player.

Since I transferred my data to CastHour, my class was reset. I hope to get above 1st Dan before it's too late.

I checked out the Qpro catalog and some items that were only avaliable in the gacha in BISTROVER can be bought from the catalog without any sort of luck. The item I wanted from the gacha got this treatment, so now I just have to grind for LISNA. The IIDX Twitter had a retweet campaign which resulted in anyone being able to redeem 10000 LISNA by scanning a code before a credit. I could just skip actually playing the game.

I tried more drummania. I'm having trouble improving to level 4 songs. I might be trying to progress too fast. I tried デッドボヲルdeホームラン and got absolutely ruined midway through the song. I won't give up, but this game is showing how difficult it can be. I didn't play when I went again later.

I also tried a bit of DDR. It's been a while since I played, but I managed to keep playing more than one set. Last time I went, I felt horrible after doing one set, but now I can do level 6 songs just fine for a while. I start to struggle with level 7 songs, and I don't think I can do any level 8 songs. 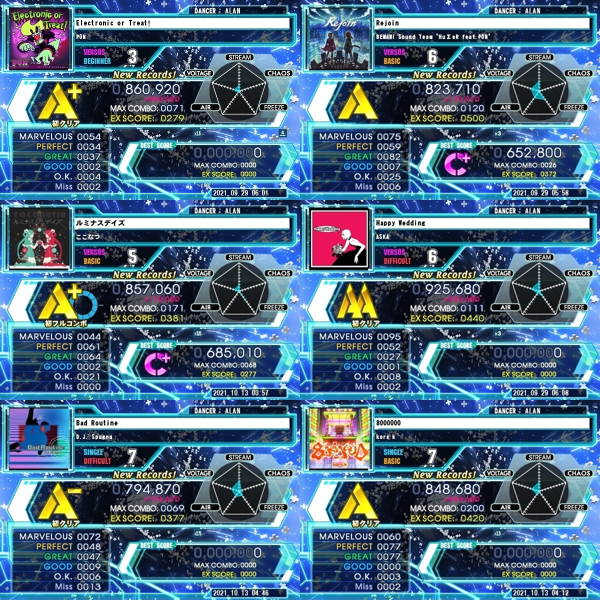 Outside of BEMANI, someone left a credit in crossbeats REV. SUNRISE. I tried it out and the game felt pretty basic. Maybe I need to play a higher difficulty, but knowing that the game is dead, I'll probably play again if I find another credit in it. My Round1 does have a lot of games that have had their network services discontinued.

I tried Hatsune Miku: Project DIVA Future Tone and my experience was pretty bad. It's not entirely the game's fault, the cabinet I played on seemed to be in pretty bad shape. The touch screen was miscalibrated, the circle button dropped inputs, and the lights around the cabinet seem like they're all about to burn out. I tried it again on my next Round1 visit and the issues were still there. I would care, but I'm not a VOCALOID fan. I only know a handful of songs.

I have nothing else to add for now. Here is an image of the TOMB RAIDER game stuck on a keyboard error. A lot of machines at Round1 were under service that day. Despite this, the machine was still taking credits. I'd love to play the setup screen. 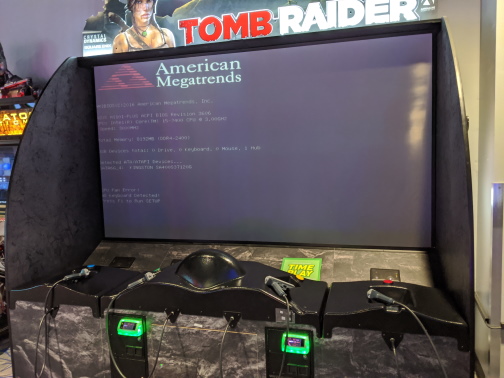 Still on the topic of rhythm games but at home, I got a new full combo in IIDX GOLD. It's the Turn the motor over's ANOTHER chart!! I had the same deal of the game giving me one POOR, but it still counts.

A friend bought me one of the pop'n music sunny park soundtracks. It's the konamistyle version, it comes with some item code and a special photo card.

Looking into what the code gives, it looks to be clothing items for something similar to a Qpro but for pop'n music instead of beatmania IIDX. Since the e-amusement service for the game ended 7 years ago, the code is useless.

Konami recently announced the pop'n music peace OST scheduled for December. I'm debating on buying it, since there's a couple of songs I liked. The Konamistyle release comes with a special book, I wonder what that's about.

I should make up my mind on what I want to buy. Holiday season is soon, packages will take forever to be delivered when that comes around.

I recently listened to one of Masato Honda's albums, Cross Hearts. I like the album a lot, it's very upbeat. Another album they recommended was 大人 by Tokyo Jihen. I only listened to the first three tracks, though I like what I have heard. I also been listening to よくある話 ~喪服の女編~ a lot.

Aside from that, nothing else really happened this month. I've been mostly working on personal things as of late.